Through increased use of soil testing and plant analyses, micronutrient deficiencies have been verified in many soils. Some reasons limiting the incidental additions of micronutrients include:

These factors contribute to the significant increase in usage of and need for micronutrients in order to achieve full balanced nutrition. 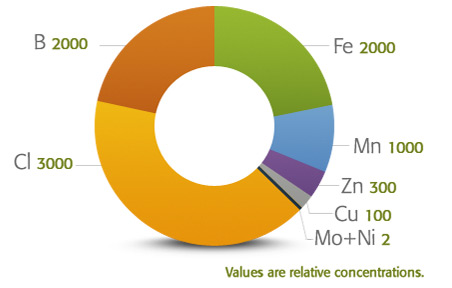 Micronutrients are just as important as macronutrients, but the amount required is very small. Source: IPNI

Boron (B) exists primarily in soil solutions as the BO₃⁻³ anion – the form absornbed by plants. One of the most important micronutrients affecting membrane stability, B supports the structural and functional integrity of plant cell membranes.  Boron plays a key role in a diverse range of plant functions including cell wall formation and stability, maintenance of structural and functional integrity of biological membranes, movement of sugar or energy into growing parts of plants, and pollination and seed set.  Boron-deficiency symptoms first appear at the growing points, and certain soil types are more prone to boron deficiencies. 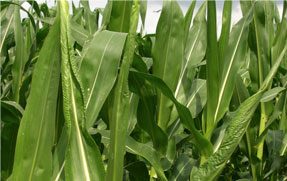 Copper (Cu) activates enzymes and catalyzes reactions in several plant-growth processes. The presence of copper is closely linked to Vitamin A production, and it helps ensure successful protein synthesis. Copper is essential to the growth of plants. Among other things, it plays a part in several enzyme processes and is key to the formation of chlorophyll. Copper (Cu) is one of the micronutrients needed in very small quantities by plants. 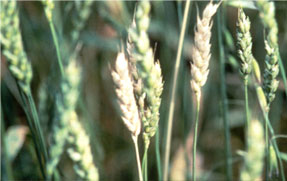 Iron (Fe) is essential for crop growth and food production. Plants take up Fe as the ferrous (Fe²⁺) cation. Iron is a component of many enzymes associated with energy transfer, nitrogen reduction and fixation, and lignin formation. Iron is an essential micronutrient for almost all living organisms because it plays a critical role in metabolic processes such as DNA synthesis, respiration, and photosynthesis. Further, many metabolic pathways are activated by iron, and it is a prosthetic group constituent of many enzymes. It serves as a component of many vital enzymes such as cytochromes of the electron transport chain, and it is thus required for a wide range of biological functions. In plants, iron is involved in the synthesis of chlorophyll, and it is essential for the maintenance of chloroplast structure and function. 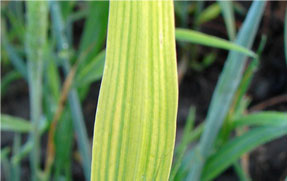 Manganese (Mn) functions primarily as part of enzyme systems in plants. It activates several important metabolic reactions and plays a direct role in photosynthesis. Manganese accelerates germination and maturity while increasing the availability of phosphorus (P) and calcium (Ca). Manganese (Mn) is an important plant micronutrient and is required by plants in the second greatest quantity compared to iron. Like any other element, it can have a limiting factor on plant growth if it is deficient or toxic in plant tissue. It is similar to iron in many ways, and manganese deficiency or toxicity is often mistaken for iron deficiency or toxicity. Manganese is used in plants as a major contributor to various biological systems including photosynthesis, respiration, and nitrogen assimilation. Manganese is also involved in pollen germination, pollen tube growth,  root cell elongation and resistance to root pathogens. 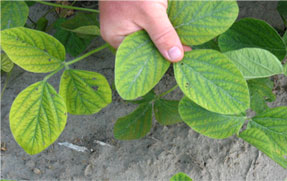 Molybdenum (Mo) is a trace element found in the soil and is required for the synthesis and activity of the enzyme nitrate reductase. Molybdenum is vital for the process of symbiotic nitrogen (N) fixation by Rhizobia bacteria in legume root modules. Considering molybdenum’s importance in optimizing plant growth, it's fortunate that Mo deficiencies are relatively rare in most agricultural cropping areas. Molybdenum (Mo), the last of the required micronutrients, is needed in the smallest quantities by plants. The normal range for most plant tissue is between 0.3-1.5 ppm and in the growing medium between 0.01-0.20 ppm. Molybdenum deficiency or toxicity is not very common, but its deficiency is seen more frequently in poinsettias. Like any nutrient deficiency or toxicity, it needs to be corrected before there is a negative impact on crop growth and quality. Molybdenum is an essential component in two enzymes that convert nitrate into nitrite (a toxic form of nitrogen) and then into ammonia before it is used to synthesize amino acids within the plant. It is also needed by symbiotic nitrogen-fixing bacteria in legumes to fix atmospheric nitrogen. Plants also use molybdenum to convert inorganic phosphorus into organic forms in the plant. 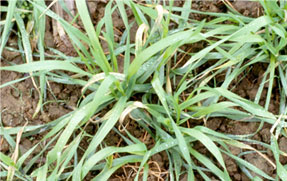 Zinc (Zn) is taken up by plants as the divalent Zn⁺² cation. It was one of the first micronutrients recognized as essential for plants and the one most commonly limiting yields. Although Zn is required only in small amounts, high yields are impossible without it.  Zinc (Zn) is one of the eight essential micronutrients. It is needed by plants in small amounts, yet crucial to plant development. In plants, zinc is a key constituent of many enzymes and proteins. It plays an important role in a wide range of processes, such as growth hormone production and internode elongation. Zinc deficiency is probably the most common micronutrient deficiency in crops worldwide, resulting in substantial losses in crop yields and human nutritional health problems. Deficiency in zinc might result in a significant reduction in crop yields and quality. In fact, yield can even be reduced by over 20% before any visual symptoms of the deficiency occur! The cost to the farmer, associated with loss of production, is by far higher than the cost of testing the soil and plant tissue and applying zinc fertilizers. 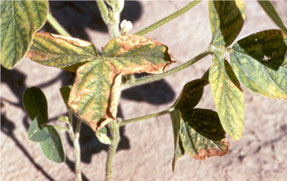 Plants take up chlorine (Cl) as the chloride (Cl-) anion. It’s active in energy reactions in the plant. Most Cl- in soils comes from salt trapped in parent materials, marine aerosols and volcanic emissions. Classified as a micronutrient, Cl- is required by all plants in small quantities. Chlorine (Cl) occurs predominantly as Cl- in soil and plant. It is an essential micronutrient of higher plants and participates in several physiological metabolism processes. Its functions in plant growth and development include osmotic and stomatal regulation, the evolution of oxygen in photosynthesis, and disease resistance and tolerance. At adequate levels of supply, Cl improves the yields and quality of many crops such as onions and cotton if the soils are deficient in this nutrient. When excessive, Cl can be a major component of salinity stress and toxic to plants. This paper provides a brief review of current progress on Cl nutrition of higher plants. 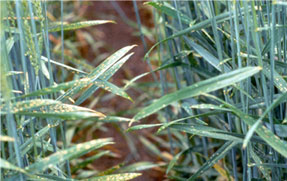 Nickel (Ni) was added to the list of essential plant nutrients late in the 20th century. Nickel is important in plant N metabolism because it is a component of the urease enzyme. Without the presence of Ni, urea conversion is impossible. It is required in very small amounts, with the critical level appearing to be about 1.1 ppm.  Nickel is a plant micronutrient. It contributes to nitrogen fixation and the metabolism of urea (a nitrogen-containing compound) and is important for seed germination. Nickel is also important for bacteria and fungi, which are both important for good plant growth. Ideally, for healthy and productive soil the concentration of 1‑20 mg/kg. It would be a good idea to conduct further investigations if the concentration of nickel in your soil exceeds 400 mg/kg. It was only fairly recently that nickel was recognised as a micronutrient in plants so not a lot is known about symptoms of deficiency. It does appear though that seeds of nickel deficient plants are often unviable (won't germinate and grow into healthy plants) and that the yield of many crops is reduced. Plants may also show symptoms if they have a nickel deficiency and in some cases, chlorosis of new leaves may occur. 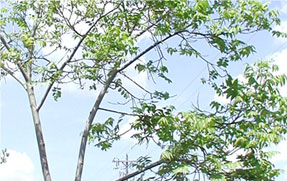